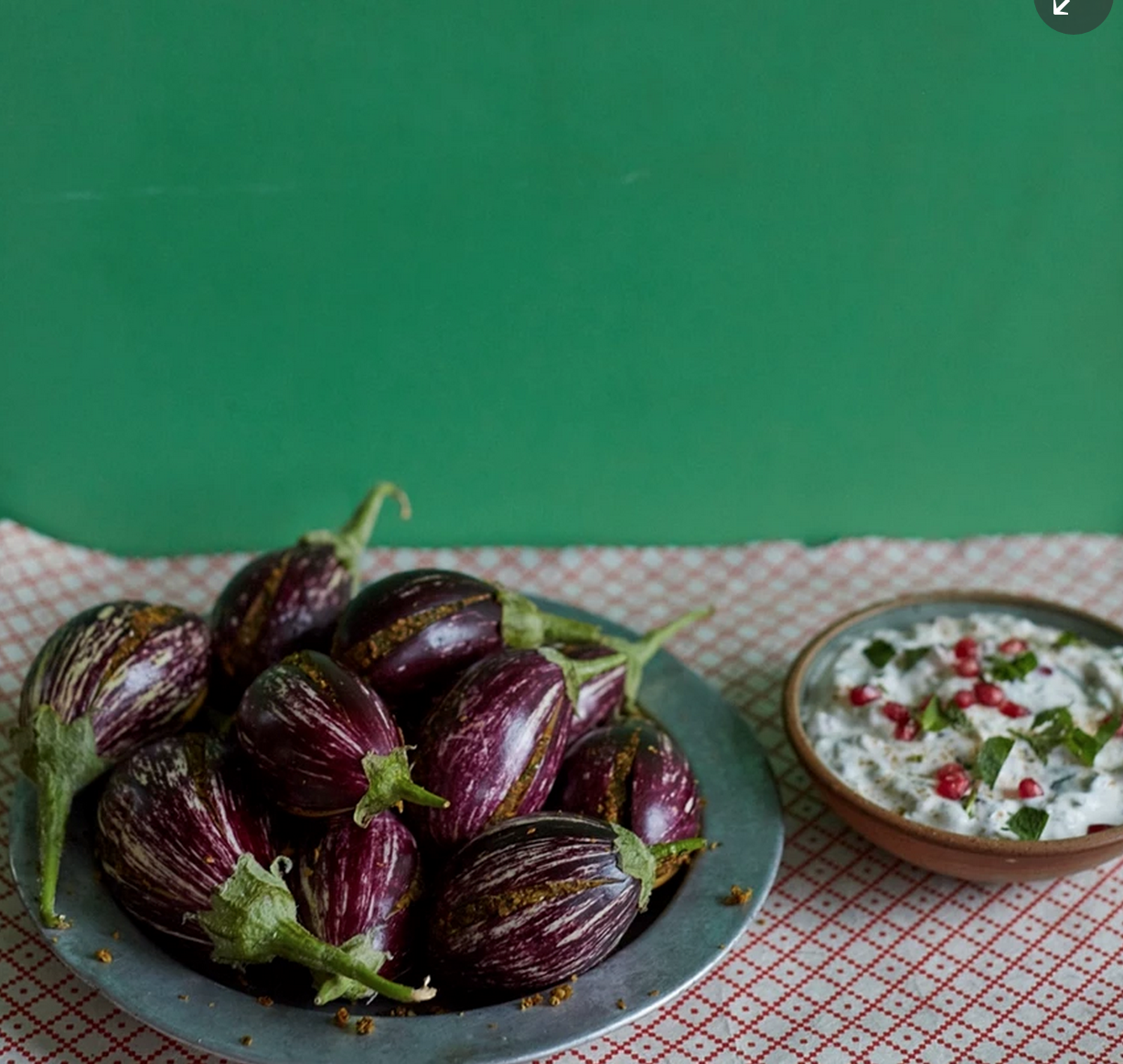 This was originally my grandmother’s recipe, but it has been amended over the years – by my mother, and me. When I asked my grandma where it originally came from, she said that it had belonged to many people before her. The ingredient list might seem on the long side, but they are simply whizzed up in a food processor before being stuffed into the aubergines, which leaves you with little else to do.

1 Cut each aubergine in half along its length, but do not cut through the stem. Roll over and cut again so that it is quartered, but is still intact at the stem. Leave them to one side in a bowl of cold water.

2 Heat a large, lidded frying pan on a medium heat and, when hot, toast the coconut and peanuts for 2-3 minutes or until the coconut is starting to brown. Tip into a bowl and leave to cool.

3 In the meantime, put the coriander, garlic, chilli, tomato puree, cumin, salt and turmeric in a food processor and, when cooled a little, add the peanuts and coconut. Pulse until coarsely ground and fully mixed.

4 Open out the aubergines like a beak, creating a criss-cross shape at the base, and fill with the mixture using your hands. Roll the aubergine over, open and stuff again then press closed. If there’s any leftover stuffing, keep to one side.

5 Next, heat the oil in the frying pan until hot, then add the onion and fry until it has become golden and soft. Add the aubergines and 2 tbsp water to the pan, turn the heat up high for a couple of minutes, put the lid on, then turn the heat down. Cook for 10 minutes then gently turn the aubergines and add a splash of water if they’re looking dry. Then cook for a further 20 minutes or until they’re nice and tender.

6 Serve the stuffed aubergines with pomegranate and mint raita and chapatis (below).