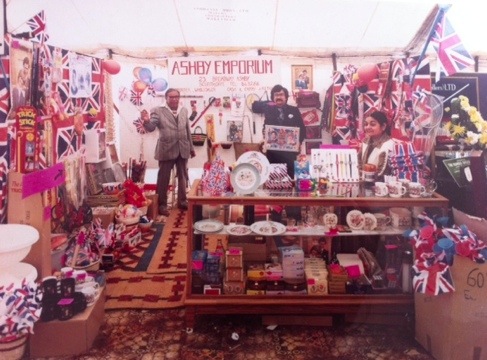 Gujarat is my homeland.
I say that with a caveat.
Until this trip, i’d never been there.
Nor were my parents born there.
But I grew up in a Gujarati speaking family, eating Gujarati food in a little village in Lincolnshire.

Growing up, all I knew about Gujarat was that my grandfather had chosen to leave it to find his fortune in Uganda, Africa. Little did he know that the country he’d chosen would become a playing field for the dictator, Idi Amin, who had a penchant for cutting off people’s heads and asked all the Ugandan Asians to leave, politely, considering.

Back in Lincolnshire, the Gujarat which assembled in my mind was the food and the homes of my relatives. In their houses, I saw cling-film remote controls, plastic eagle barometers and strange elephant and monkey gods decorated with dried flowers in cabinets filled with black and white photos of relatives past, standing in unfamiliar towns.

(Family shot from the opening of the Humber Bridge 1981, Lincolnshire. From left to right, Grandpa, Dad and Nanny along with various bits of carpet brought from home)

But was this true Gujarati food?